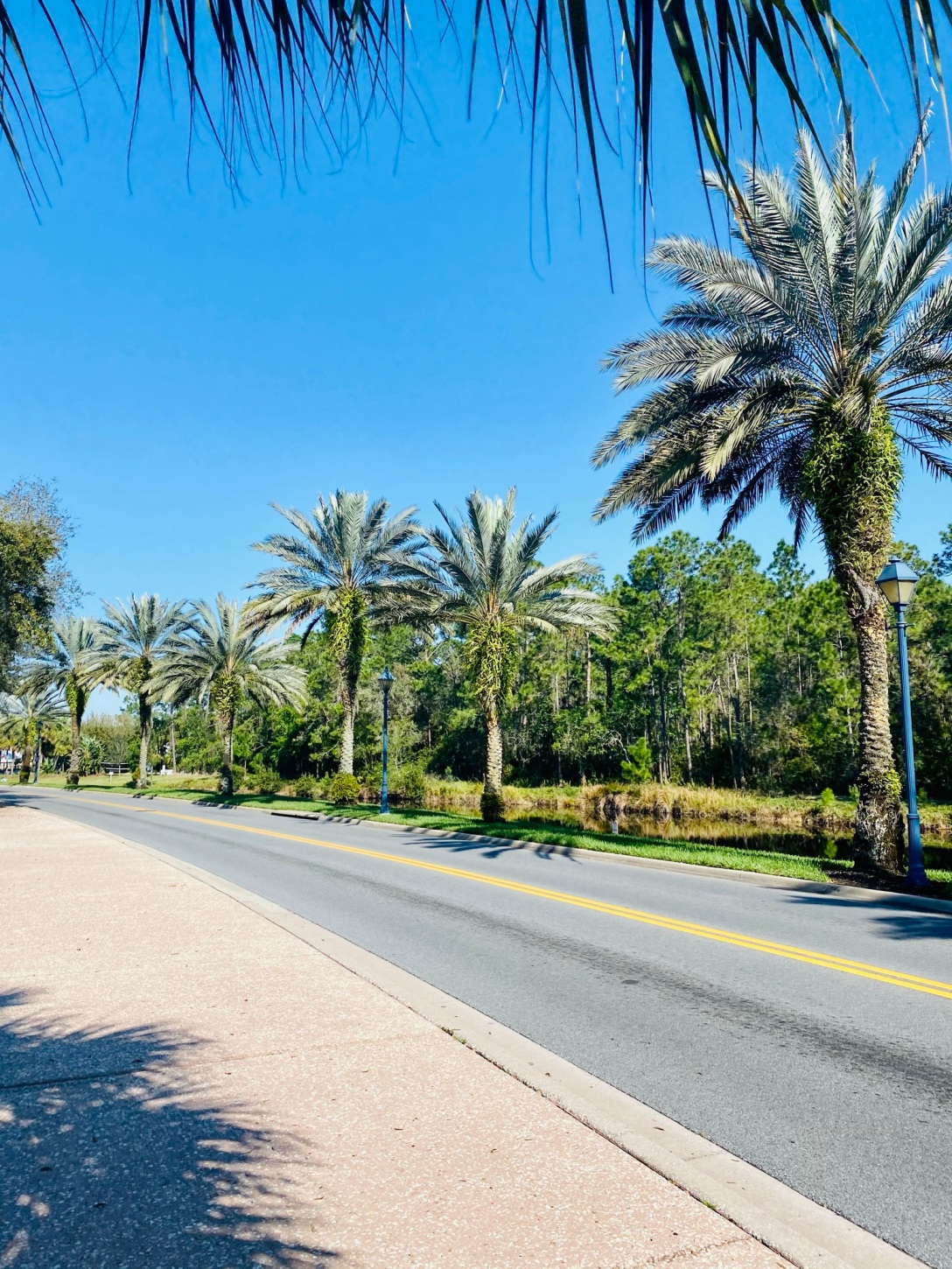 Towards the end of February, we had the opportunity to go to Disney World! The last time I’ve been to Disney was when I was 10 or 11, so I was very excited to take a trip. Originally, the plan was to go in 2020, but of course, COVID-19 had delayed those plans. My husband Michael’s mom is a Disney member and had some points that were going to expire, so she offered them to us, and we gladly accepted. We took the trip with my parents and made a weekend of it. We left on a Thursday and came back on a Monday.

We stayed at Old Key West Resort, which was absolutely adorable. To get there, we took advantage of Disney’s Magical Express, which is a coach that takes you to and from the airport. I will say the Orlando airport is huge, so it’s a lot of walking to get from your gate to the area where the Magical Express coach is. You also have to make a reservation with them beforehand in order to hitch a ride. It’s definitely worth it since it’s roughly 25 minutes from the airport to the Disney resorts, and it saves you from some of the hassle of dealing with airport traffic and the security at the Disney resort front gates.

Our suite was very large with a full kitchen, an indoor dining area, a balcony with another dining set, two rooms with a master suite that had a jacuzzi and a rain shower. Although the living area is small, we didn’t spend much time there since most of our days were filled with fun at the Disney parks. Old Key West has a golf course, and the view from our balcony overlooked part of it, so we got to see golfers playing in the mornings.

Old Key West also has a swimming pool, a gym, a convenience store, and a restaurant, and a little shop that sells food to-go. We did not eat at the restaurant there simply because it was always jam-packed, and we did not want to wait. The to-go place was OK, although I felt they were overpriced. Much of Disney is overpriced, but if I have to choose between paying more for food that I don’t enjoy and paying more for food I do enjoy, I’d rather go with the latter. The convenience store had a few goof items, like cereal, milk, eggs, soda, water, juice, frozen single meals, and more. We decided to spend some money there so we could cook breakfast for ourselves instead of eating out every meal.

I was surprised, even during the pandemic, the parks were still pretty crowded. We decided to go with the Park Hopper package, so we spent time at all four parks over the weekend. Since we don’t have children yet, I would say I probably liked Magical Kingdom the least. Not that I didn’t enjoy it, but I feel it’s more geared towards small children. My favorite park was Animal Kingdom because of the fun safari tour and the Avatar section. Hollywood Studios was a close second!

We also spent a LOT of time at Disney Springs, which is a large, outdoor shopping district. The Disney buses conveniently take you to and from it, so it almost acts as its own resort in that aspect. We had dinner there two nights in a row. You definitely need a reservation to eat dinner at any of the restaurants due to COVID-19.

Also just a warning that at the Disney parks, masks were required at all times, even if you were eating something while walking. The only exception was if you were sitting and eating something, but they still expected you to have your mask on between bites. Overall, it was a very fun trip and still worth taking even during the pandemic. I think Disney is just trying to cover all their bases so they don’t get sued for any reason.

Now, onto the book review! I read The Dating Plan by Sara Desai during this trip. Since my husband and I are an interracial couple, I mostly was interested in this book due to the interracial aspect of the love story. The main characters Daisy and Liam have different backgrounds. Daisy is second-generation Indian and Liam is of Irish descent.

Daisy is an IT analyst and a math genius with quirky outfits and an obsession with the Marvel universe. She has so much pressure to marry from her aunties, and frequently is set up on dates with other Indian men. During a work conference, she runs into her old flame Liam, who she is still very much attracted to but also hates because he stood her up on prom night. While they banter, one of Daisy’s aunts finds her and drills her about Liam, and Daisy convinces her that he is her fiance. Liam plays along. He also has pressure to get married, as his family legacy hangs in the balance. His deceased grandfather left him to run their family distillery as long as he gets married before his next birthday, which is 8 weeks away, and stays married for a year. Liam and Daisy decide to come up with an 8-week dating plan to convince their families they are a legitimate engaged couple, and they plan to marry on the 8th date, and then get a discreet divorce after a year of marriage. What they don’t plan on is falling in love.

I gave this book 3.5 stars because, as refreshing as Desai’s writing is, the story just fell flat for me. I was excited to read about an Indian American as the main character, but I think Desai went a little overboard trying to make Daisy a different, quirky-nerdy beautiful woman. Although I felt like Daisy and Liam loved each other, I had a hard time believing that a woman in her late twenties would still be upset about being stood up at prom. Liam also was supposed to be Daisy’s older brother Sanjay’s best friend, yet Sanjay did not show up in the book until the very end. I just felt like because Liam and Daisy had such a strong connection, the big brother aspect didn’t even need to be mentioned. What I did enjoy about the book was the dialogue between the couple and their obvious connection. Although it was one of those stories where the love connection is instant, I didn’t think that took away from the book given that the couple had a previous history.

Overall, I think this is a fun book. I probably would not read it again, but it’s perfect as a quick and light read.

1 thought on “Disney World and The Dating Plan”