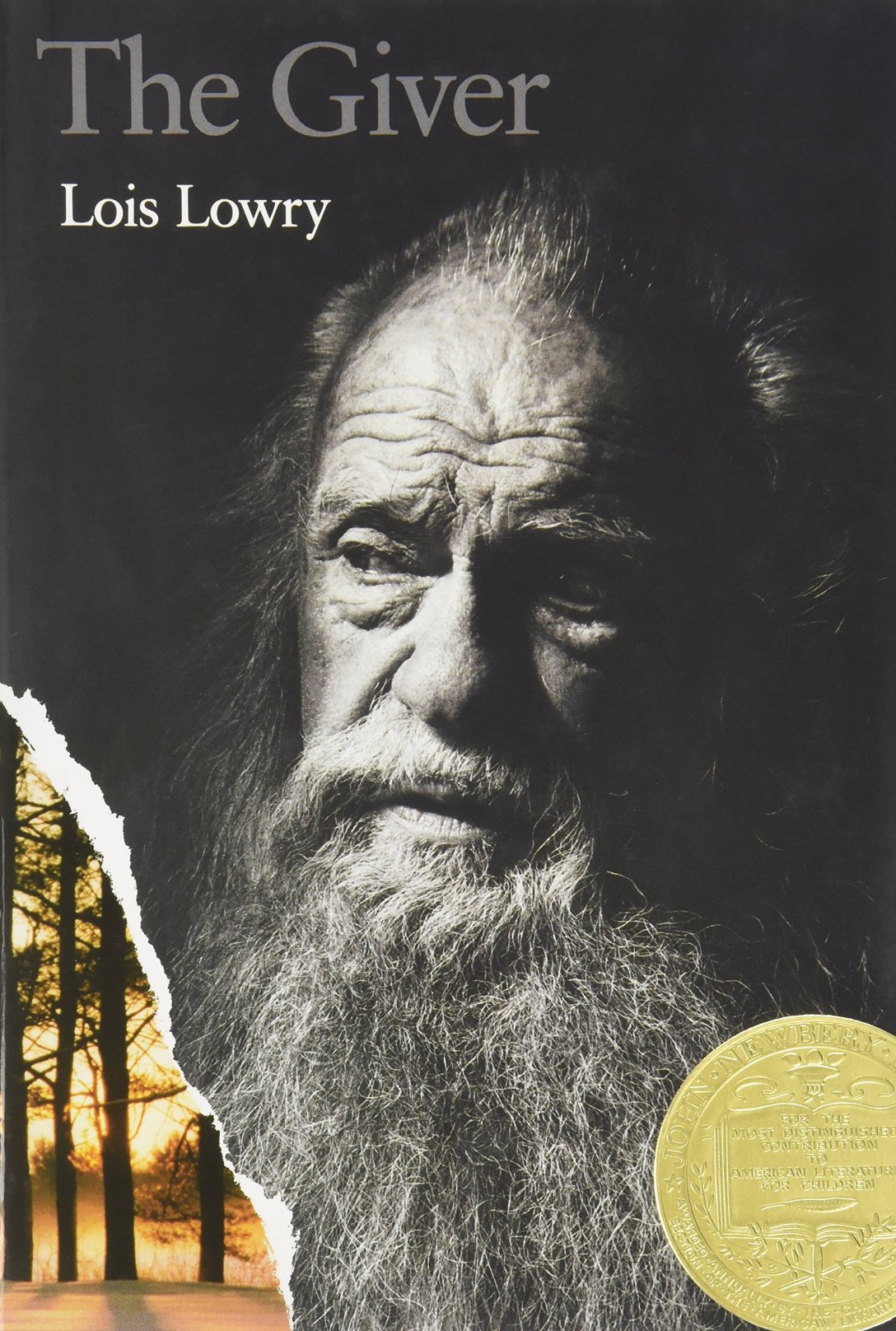 As a kid, I spent a lot of time at the library even when I was in elementary school. Occasionally, I’ll reminisce about books I used to own and will recall specific memories of grabbing a book off the shelf at the library. It must be some sort of book deja vu. It’s funny how terrible I am at remembering things like what I ate for dinner last week, but I can recall book memories.

Anyway, I thought I would compile a list of books I remember reading over and over again as a kid. I am not sure what the specific reading level is for each, but I think most of these are for middle schoolers or advanced elementary school readers.

I’m not going to get into any recent, super popular fiction novels, like Harry Potter or the Twilight series, although those are ones I enjoyed. Most of these books are decades old, and I found them either in my school library or it was required reading. I will put these in order by grade level based on the Scholastic website, so the first ones are for younger readers and the last ones are for older readers.

I remember reading this book in 5th grade. Although Scholastic has this listed as appropriate for first graders, I don’t think that’s accurate. Maybe 3rd graders could read this book.

“Set in the late nineteenth century and told from young Anna’s point of view, Sarah, Plain and Tall tells the story of how Sarah Elisabeth Wheaton comes from Maine to the prairie to answer Papa’s advertisement for a wife and mother. Before Sarah arrives, Anna and her younger brother, Caleb, wait and wonder. Will Sarah be nice? Will she sing? Will she stay?“

Scott O’Dell was one of my favorite authors as a kid because he had characters that weren’t white. As a black American, I didn’t get to read a lot of books about other races growing up, especially in school.

Here is an overview for Island of the Blue Dolphins:

“In the Pacific there is an island that looks like a big fish sunning itself in the sea. Around it blue dolphins swim, otters play, and sea elephants and sea birds abound. Once, Indians also lived on the island. And when they left and sailed to the east, one young girl was left behind.

“This is the story of Karana, the Indian girl who lived alone for years on the Island of the Blue Dolphins. Year after year she watched one season pass into another and waited for a ship to take her away. But while she waited, she kept herself alive by building shelter, making weapons, finding food, and fighting her enemies, the wild dogs. Hers is not only an unusual adventure of survival, but also a tale of natural beauty and personal discovery.“

Hatchet is the first in a series of five books by Gary Paulsen. If you have a male child who thinks reading is boring, he might enjoy this book since the main character is male and it is about adventure. Similar to the Island of the Blue Dolphins, this is a survival book.

Here is an overview for Hatchet:

“Brian is on his way to Canada to visit his estranged father when the pilot of his small prop plane suffers a heart attack. Brian is forced to crash-land the plane in a lake–and finds himself stranded in the remote Canadian wilderness with only his clothing and the hatchet his mother gave him as a present before his departure.

“Brian had been distraught over his parents’ impending divorce and the secret he carries about his mother, but now he is truly desolate and alone. Exhausted, terrified, and hungry, Brian struggles to find food and make a shelter for himself. He has no special knowledge of the woods, and he must find a new kind of awareness and patience as he meets each day’s challenges. Is the water safe to drink? Are the berries he finds poisonous?

“Slowly, Brian learns to turn adversity to his advantage–an invading porcupine unexpectedly shows him how to make fire, a devastating tornado shows him how to retrieve supplies from the submerged airplane. Most of all, Brian leaves behind the self-pity he has felt about his predicament as he summons the courage to stay alive.

“A story of survival and of transformation, this riveting book has sparked many a reader’s interest in venturing into the wild.“

This book is not listed on the Scholastic website, so I had to guess what grades it would be appropriate for. I remember loving this book in 6th grade specifically because Margaret has to go through the embarrassing rite-of-passage of buying her first bra! Little moments like that aren’t a big deal looking back on them as an adult, but in the body of a 6th grade girl, it’s very important.

“Margaret Simon, almost twelve, likes long hair, tuna fish, the smell of rain, and things that are pink. She’s just moved from New York City to Farbook, New Jersey, and is anxious to fit in with her new friends—Nancy, Gretchen, and Janie. When they form a secret club to talk about private subjects like boys, bras, and getting their first periods, Margaret is happy to belong.

“But none of them can believe Margaret doesn’t have religion, and that she isn’t going to the Y or the Jewish Community Center. What they don’t know is Margaret has her own very special relationship with God. She can talk to God about everything—family, friends, even Moose Freed, her secret crush.

“Margaret is funny and real, and her thoughts and feelings are oh-so-relatable—you’ll feel like she’s talking right to you, sharing her secrets with a friend.“

Where the Red Fern Grows by Wilson Rawls – Grades 5-8

I remember watching the movie for this book in 4th grade, and I remember it being incredibly sad.

“In this timeless classic, your adventurous reader can explore the Ozarks with a tight-knit trio – Billy Colman and his beloved coonhounds, trained through sheer determination to be gold-cup winners. When victory turns to grief, however, Billy learns solace and hope in the place where the red fern grows.”

To be honest, I couldn’t remember much about the book, so I looked it up on Wikipedia and discovered that there is a statue of Billy and his dogs at the Idaho Falls Public Library. Now I have a reason to visit Idaho!

Ok, so this is a more popular one, I’ll admit, since a movie adaptation came out for it in 2002 featuring Alexis Bledel. But I had to include this book in my list because I was obsessed with it as a 6th grader. I specifically remember this book being required reading in my 6th grade English class and shortly after, the movie was released and it only made me love it more.

“Doomed to, or blessed with, eternal life after drinking from a magic spring, the Tuck family wanders about trying to live as inconspicuously and comfortably as they can. When ten-year-old Winnie Foster stumbles on their secret, the Tucks take her home and explain why living forever at one age is less of a blessing than it might seem. Then complications arise when Winnie is followed by a stranger who wants to market the spring water for a fortune.

I’m not sure on the reading level for this one as it is not listed on Scholastic but I took a guess and labeled it for 6-8th grades. This book has mixed reception because of its subject matter, but it was a very good book in my opinion.

“A boy and a girl are stripped and marooned on a small island for the night. They are the “goats.” The kids at camp think it’s a great joke, just a harmless old tradition. But the goats don’t see it that way. Instead of trying to get back to camp, they decide to call home. But no one can come and get them. So they’re on their own, wandering through a small town trying to find clothing, food, and shelter, all while avoiding suspicious adults—especially the police. The boy and the girl find they rather like life on their own. If their parents ever do show up to rescue them, the boy and the girl might be long gone.”

One of my favorite books ever, The Giver is a sci-fi novel that really got me interested in the genre. I believe the book is better than the movie adaptation of the same name that was released in 2014.

Here is the book’s overview:

“Jonas’s world is perfect. Everything is under control. There is no war or fear of pain. There are no choices. Every person is assigned a role in the community.

“December is the time of the annual Ceremony at which each twelve-year-old receives a life assignment determined by the Elders. Jonas watches his friend Fiona named Caretaker of the Old and his cheerful pal Asher labeled the Assistant Director of Recreation.

“But Jonas has been chosen for something special. When his selection leads him to an unnamed man – the man called only the Giver – he begins to sense the dark secrets that underlie the fragile perfection of his world.“

This book is probably for older middle schoolers. I remember borrowing this book from my sister and keeping it because I became so attached to it, reading it multiple times. This book is the first in a three-book series. I did not read the other two books.

“When sophomores John and Lorraine played a practical joke a few months ago on a stranger named Angelo Pignati, they had no idea what they were starting. Virtually overnight, almost against their will, the two befriended the lonely old man; it wasn’t long before they were more comfortable in his house than their own. But now Mr. Pignati is dead. And for John and Lorraine, the only way to find peace is to write down their friend’s story – the story of the Pigman.”

This was not a book that was required reading, but it was a good little mystery. Here is its overview:

“Bobby Phillips is an average fifteen-year-old boy. Until the morning he wakes up and can’t see himself in the mirror. Not blind, not dreaming. Bobby is just plain invisible…

“There doesn’t seem to be any rhyme or reason to Bobby’s new condition; even his dad the physicist can’t figure it out. For Bobby that means no school, no friends, no life. He’s a missing person. Then he meets Alicia. She’s blind, and Bobby can’t resist talking to her, trusting her. But people are starting to wonder where Bobby is. Bobby knows that his invisibility could have dangerous consequences for his family and that time is running out. He has to find out how to be seen again before it’s too late.“

There you have it, 10 middle-grade books I loved as a kid. I will give a little disclaimer and say that I have not read any of these books as an adult, so I can’t say whether they are good books now. But I’m pretty sure I will always think The Giver and Tuck Everlasting are good books. I’m almost too scared to reread these now and no longer feel attached to them. Has that ever happened to you, reading a book you loved as a kid only realizing how terribly written it was? I hate when that happens, especially movies! I loved The Notebook when I was a teenager but looking at it now, I realize just how terrible Allie and Noah’s romance was!

Did you read any of these books when you were younger? Let me know how you liked them!