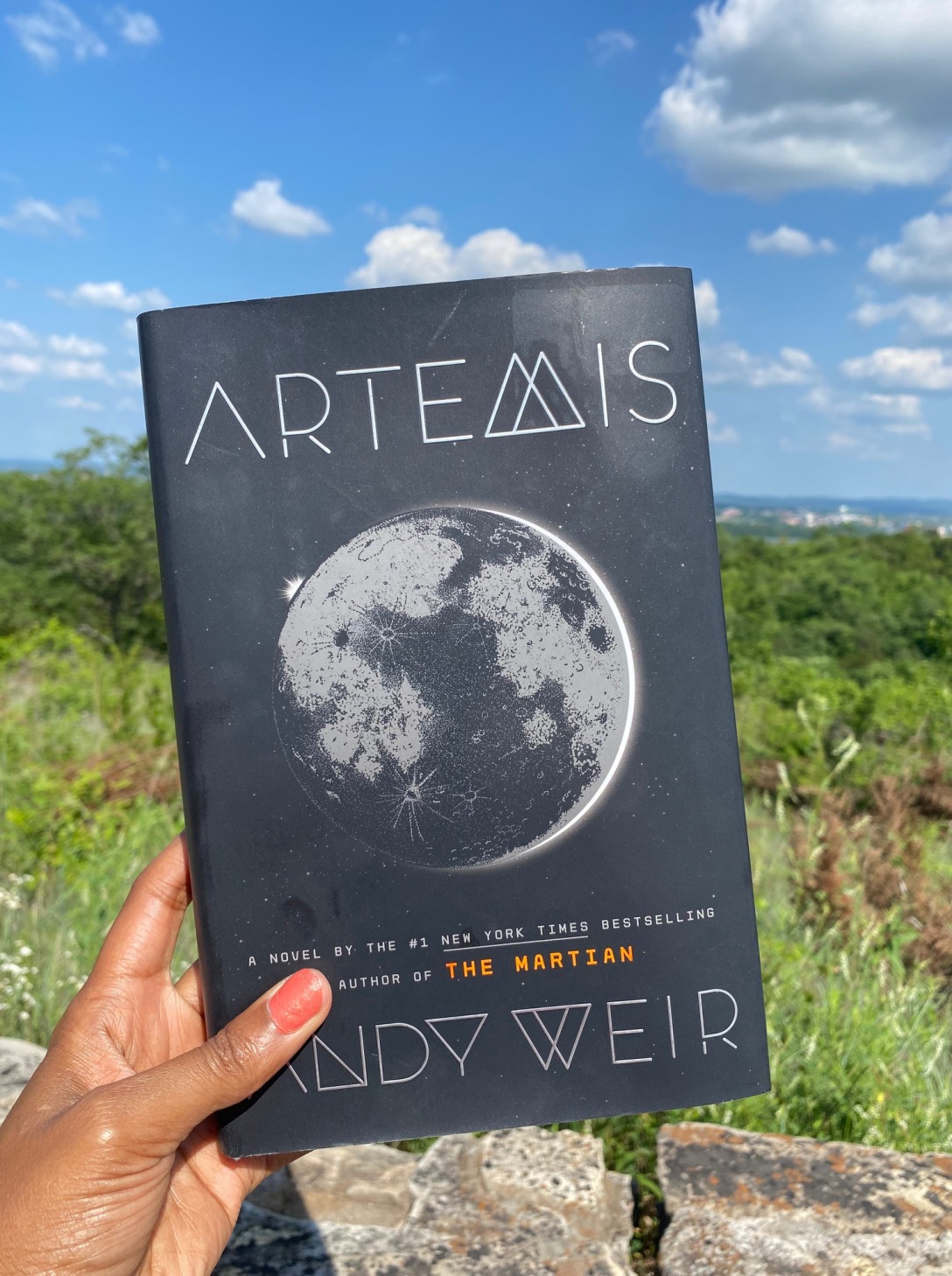 I bought this book back in May when we visited Branson, MO, and was excited to read a novel by Andy Weir since his big success from The Martian, which I did not read. I also bought this one since I share the same name as the main character, Jasmine. This, however, was a disappointment. I stopped reading at the end of chapter three.

I was having a hard believing the character was a female. Rarely have I ever read books written by men where the main character is female, but this was a disaster. Jasmine is supposed to be in her late 20s, maybe early 30s, and Arab. She spoke like a twelve-year-old boy and cursed like a sailor. I don’t know what Weir was thinking of when he invented this character, but I thought Jasmine was annoying and that’s my main reason for not finishing this book. Fortunately, I only paid $5 for it, so this one didn’t break the bank! The story line also was not very engaging. I don’t know why I was thinking this was about a female astronaut, but it definitely wasn’t.

“Jasmine Bashara never signed up to be a hero. She just wanted to get rich.

“Not crazy, eccentric-billionaire rich, like many of the visitors to her hometown of Artemis, humanity’s first and only lunar colony. Just rich enough to move out of her coffin-sized apartment and eat something better than flavored algae. Rich enough to pay off a debt she’s owed for a long time.

“So when a chance at a huge score finally comes her way, Jazz can’t say no. Sure, it requires her to graduate from small-time smuggler to full-on criminal mastermind. And it calls for a particular combination of cunning, technical skills, and large explosions—not to mention sheer brazen swagger. But Jazz has never run into a challenge her intellect can’t handle, and she figures she’s got the ‘swagger’ part down.

“The trouble is, engineering the perfect crime is just the start of Jazz’s problems. Because her little heist is about to land her in the middle of a conspiracy for control of Artemis itself. Trapped between competing forces, pursued by a killer and the law alike, even Jazz has to admit she’s in way over her head. She’ll have to hatch a truly spectacular scheme to have a chance at staying alive and saving her city.

Jazz is no hero, but she is a very good criminal. That’ll have to do. Propelled by its heroine’s wisecracking voice, set in a city that’s at once stunningly imagined and intimately familiar, and brimming over with clever problem-solving and heist-y fun, Artemis is another irresistible brew of science, suspense, and humor from #1 bestselling author Andy Weir.”

Wisecracking is definitely not the word I would describe Jasmine’s voice. Here are a few examples of her thought process and dialogue that I wasn’t too crazy about:

Bob Lewis is a former US Marine with a no-bullshit attitude. More important, he’s the EVA Guild’s head trainer. He answers to the guild master, but Bob and Bob alone determines your sustainability to become a member. And if you aren’t a member, you aren’t allowed to do solo EVAs or lead groups of tourists on the surface. That’s how guilds work. Dicks.

I’m never one to turn down a free drink. I took a sip. I spat it out in disgust. It tasted like Satan’s flaming asshole!

I hate posting reviews like this, but this one missed the mark for me. I wonder how this book compares to Weir’s other books. I’ve heard that some people thought The Martian book was not nearly as good as the movie. If you’ve read this book, how did you like it? I’d love to hear your take on it!

As always, thanks for reading!