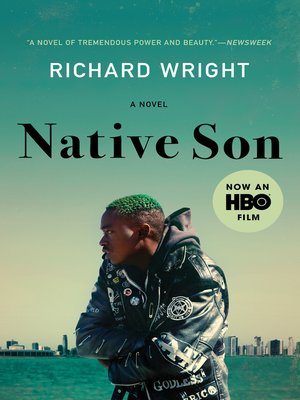 This book was one that I had been wanting to read for a long time but had put off for so long. I managed to go throughout high school and college without having to read this book as a requirement for class. I thought it was going to be like “To Kill A Mockingbird” but I could not have been more wrong.

This is a book review that will not have a rating. Because it’s a classic, I think putting a rating on it would be pretty pointless. But I will give my opinion on the book in case this is one you have not read.

“Right from the start, Bigger Thomas had been headed for jail. It could have been for assault or petty larceny; by chance, it was for murder and rape. Native Son tells the story of this young black man caught in a downward spiral after he kills a young white woman in a brief moment of panic.

“Set in Chicago in the 1930s, Wright’s powerful novel is an unsparing reflection on the poverty and feelings of hopelessness experienced by people in inner cities across the country and of what it means to be black in America.”

This is the first of Richard Wright’s books that I have read, and I plan on reading more of his work. Wright is accredited for helping change race relations in the US during the mid-20th century.

I’ll be honest, this book was hard to read due to the subject matter, but Wright wrote it in a way that made me want to keep reading. However, I struggled getting through this book because I didn’t feel a connection to main character Bigger Thomas. I’ve read that Wright purposefully wrote the character to be unlikeable, but seeing as how the entire story is told through Bigger’s eyes, I had a hard time relating to him, which consequently made me feel not as invested in his story. But really, it would be hard to relate to a murderer, in general.

Additionally, Wright wrote without chapters, however, the book is divided into three parts: Fear, Flight, and Fate. During Fear, readers are introduced to Bigger’s character. The oldest of three children, he lives in a one-room apartment in a block of projects on the South Side of Chicago, where most poor blacks inhabit. My interpretation of Fear is that Bigger is consumed by his fear of whites, what they think of him, and their fear of him. He feels like his life is outside of his control and that there is nothing bright in his future. His family is poor, and his mother relies on him to bring money home. She gets him a job interview as a driver for Mr. Dalton, a white affluent man who owns much of the real estate on Chicago’s South Side. But before the interview, Bigger and his friends plan to rob a store owned by a white man. Although they had robbed blacks before, they had never robbed a white person, and the idea terrified Bigger, although he tries to hide it. He ends up picking a fight with one of his friends to avoid having to go through with the robbery, but during the fight, he forces his friend to lick his knife to humiliate him. To me, this was a precursor to Bigger feeling powerful after murdering his first victim.

Flight was the most thrilling aspect of the book, as Bigger tries to escape law enforcement, while Fate consisted of his trial. Although racism is a large theme, Communism and religion also play a role in this book. During his trial, Bigger is represented by Mr. Max, a Jewish attorney, who tries his hardest to avoid Bigger getting sentenced to death. From conversations with Max, Bigger’s thought process takes somewhat of a turn. I don’t want to say that his character miraculously transforms or that he ever feels sorry for murdering his victims. But I think he does realize that not all white people are out to get him.

I’ve got to say, this is a book that I will not be reading again. I like to read books that have some sort of lesson or moral to them. But this was not like that. For the time it was written, maybe it was a way for white Caucasian people to get a glimpse into the living conditions of the poor blacks living in Chicago. But that is just my guess. I won’t give away the ending, but you can probably guess Bigger’s fate. I don’t have much of an opinion on the ending other than that I felt relief to have finished the book.

If you’ve read this book, let me know what you thought of it! I’d really like to know your takeaways, and if you have read any of Wright’s other books, let me know how they compare to “Native Son”. As always, thanks for reading! Enjoy the rest of your day!

1 thought on “A Review: “Native Son” by Richard Wright”