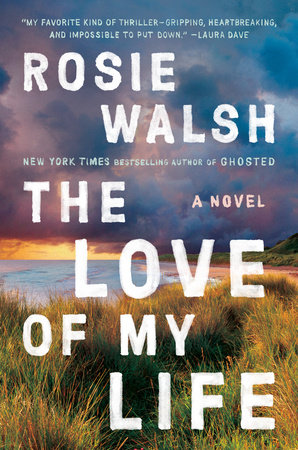 Last weekend, Michael and I visited Houston for the wedding of his brother Jason and now-wife Alex. It was beautiful, and the weather was perfect. Not too hot, not too cold, and breezy.

Nestled beside the Houston Museum of Fine Arts and several parks, Hotel Zaza in Houston’s museum district was fancy with just the right amount of quirkiness. The lobby was almost gothic baroque with velvet seating and dark accents. Quirky artwork lined the walls, and a bedazzled horse statue was the focal point of the lobby area, greeting visitors on the way to the elevator bank.

Hotel Zaza is a collection of boutique hotels throughout Texas with additional locations in Austin, Memorial City, and Dallas. I would definitely stay here again if the opportunity arises.

Our room had a courtyard view with nice views and featured a king size bed with a modest bathroom. My only complaint was that there was no coffee machine in the room, however, a complimentary coffee and tea cart was available near the elevators each morning, but I didn’t see it until my father-in-law mentioned it. So just be on the lookout or you may miss it!

Things to Do: Houston Museum of Fine Arts

To take up some time, I made a trip to the fine arts museum, which was directly across the street from the hotel. The museum was very nice with multiple exhibitions. I believe the one we walked through was for Impressionists and featured works from Van Gogh, Monet, and Renoir. It was probably an hour and a half or so to walk through most of the exhibits. I don’t believe I saw everything.

We only spent two full days in Houston, so I was not able to visit a bookstore there, but I would love to return to the city and spend proper time there. We only ate in the hotel restaurant, which was very good, so unfortunately I don’t have other restaurant recommendations.

Now onto the book review!

The Love of my Life by Rosie Walsh is an add-on I received with my March book of the month. At a little over 360 pages in hardback, this book is just the right amount of length. I was pleasantly surprised with Rose Walsh’s writing style, having never read a book of hers before. I don’t know why, but because the book is based in the UK, I thought that aspect made the characters more real. I must read too many American-based books I guess!

Back of the Book Description

“I have held you at night for ten years and I didn’t even know your name. We have a child together. A dog, a house. Who are you?

“Emma loves her husband Leo and their young daughter Ruby: she’d do anything for them. But almost everything she’s told them about herself is a lie.

“And she might just have got away with it, if it weren’t for her husband’s job. Leo is an obituary writer; Emma a well-known marine biologist. When she suffers a serious illness, Leo copes by doing what he knows best – researching and writing about his wife’s life. But as he starts to unravel the truth, he discovers the woman he loves doesn’t really exist. Even her name isn’t real.

“When the very darkest moments of Emma’s past finally emerge, she must somehow prove to Leo that she really is the woman he always thought she was…

“But first, she must tell him about the other love of her life.“

My Verdict: The Love of my Life by Rosie Walsh is a Must-Read

My first thought was that Emma was some sort of secret spy or assassin or something along those lines. I was surprised at what her dark past was. It was refreshing to read through the mystery reveal and not find it predictable.

The book is told from both Leo and Emma’s perspectives with a mostly linear timeline and flashbacks throughout. The book has three parts, and each part is clearly identified, which was helpful. Part two is where Emma’s past is revealed and is told through her eyes. This part was probably my least favorite only because I was so captivated by Leo’s search to find answers. However, part two is where the plot really gets going.

The Main Characters: Emma and Leo

I especially enjoyed Leo as a character and I had a clear picture of him in my head, but in my opinion, Emma is the main character here, as the plot mostly pertains to her.

Leo’s background is that he was adopted and raised by a wonderful couple, but they didn’t tell him of his true origins until he was well into adulthood. He was already in a relationship at that point, and his sense of belonging was totally undermined. This was a major reason as to why Emma had not revealed her past to him, as Leo felt utterly betrayed by his adoptive parents. Even as a child, he felt something was different with him, and knowing that he was not their biological son confirmed it.

I won’t go into too many details about Emma, as I don’t want to spoil anything for you. But I will say that Emma is not the antagonist to the story. I can really appreciate how the author wrote her character because I really felt so much empathy for Emma and could relate to her.

If you are a fan of suspense, this book is for you. I thought it was well-written with nicely developed characters and a satisfying ending that didn’t leave me wondering. My only critique is that it was a little bit slow going at first, but as Leo discovers Emma’s been lying to him, the pace of the story picks up. There is some romance to it because Leo and Emma are husband and wife, but I wouldn’t necessarily categorize this as romance. I have read a few mysteries and thrillers centered around married couples, and this one is probably the best I’ve read!

According to Goodreads, other books similar to this one are The Golden Couple by Greer Hendricks, One Italian Summer by Rebecca Serle, and The Club by Ellery Lloyd.

As always, thanks so much for reading!